Thanks for stopping by.

Welcome. I'm Chris Sebes. Thank you for taking some time to check out my work. How I got my first full-time job is quite an entertaining story. Ask me about it some time.

I thought I wanted to design logos when I grew up.

I began my professional career at an advertising agency, working alongside award-winning artists and designers.  First with print production and later with website and interactive media, my perspectives have been forged from years of experience as a graphic designer, web developer, and photographer.

After leaving the agency in the early 2000s, I freelanced as well as tried my hand at my own company, partnering with a college buddy. Based in Buffalo, New York, we created anything for anyone, large or small. Video, audio, voice-over, photography, websites, business cards, brochures, virtual tours, you name it. Unfortunately, things did not go as planned and I returned to full-time freelance while looking for a full-time work.

I found work at a video production company doing everything it took to run the place as the only full-time employee. Editing, camera, lighting, set design, audio engineering, voice-over, photography, studio manager, and IT. I even helped engineer the new facility when we moved in 2009. I enjoy it all.

Working at a facility that rents out its sound stages, I was fortunate that I got to meet many different producers, directors, and other artists. In conversation, I heard time and time again the same three problems they have with editors: Sloppiness, unwillingness to embrace new technologies, and a stubborn attitude, meaning they'll only see their vision and nothing else. That has always stayed with me.

I pride myself as being meticulous and collaborative with a supportive working style. I embrace challenges, whether technical or creative. And I also believe that, as Andrew Carnegie is quoted as saying, “There is little success where there is little laughter."

I'm geeky, too. I love computers, electronics, and traffic lights. (Yea, that last one is a little odd.) When technology gets in the way, I'm not afraid to take it on. Maybe it's hardware based, where I'm replacing a hard drive, pulling bad RAM, or troubleshooting a signal path. Sometimes it's software based, where I'm using different workflows to figure out why an encode isn't exporting properly. Whatever it is, I'm at home with just about any technology. Just don't ask me to make coffee unless it comes from a Keurig. Plus, I don't drink coffee. I've never had a cup in my life.

I'd be happy to speak with you more. Let's discuss how I can benefit you're projects or company.

Thanks again for stopping by.
Chris 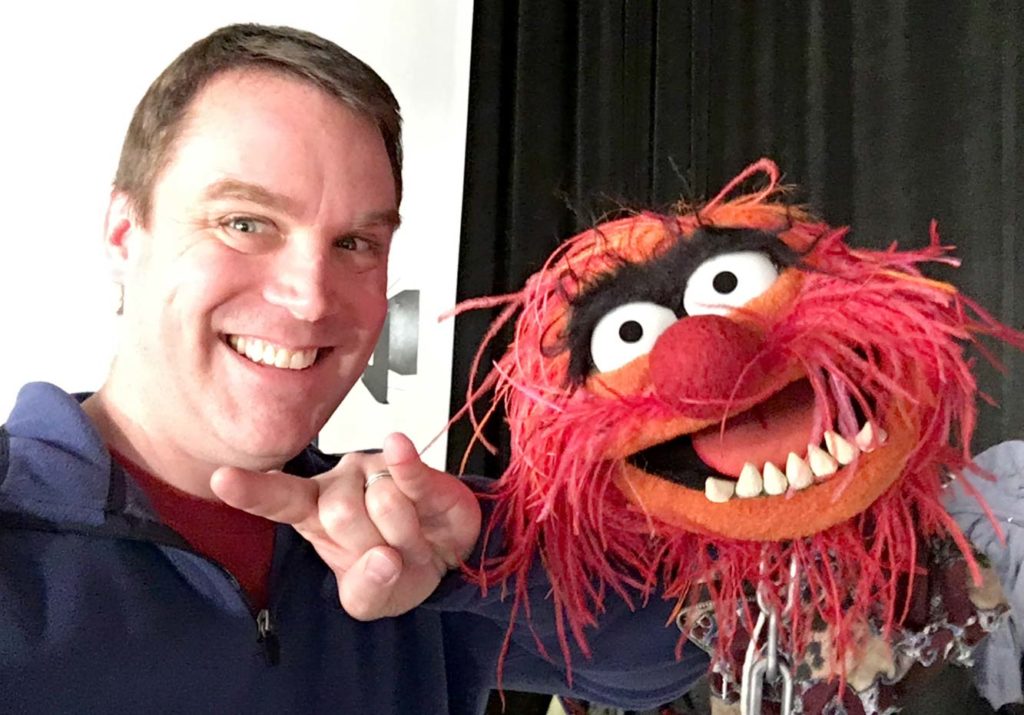 You meet some of the coolest characters on set. 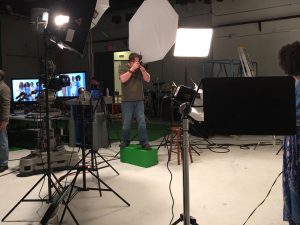 I wear many hats and I love to wear them all. 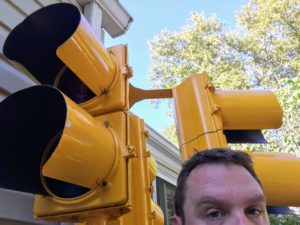 There's that odd-ball hobby I warned you about.